I have recently taken over as “webmaster” of Horfield & Redland Chess Club (one day i’ll write a blog how nobody uses the phrase webmaster anymore, basically its not the 1990’s). I am planning on pumping out lots of new exciting content around Horfield CC but also the Bristol & District League in general.  Its the off peak summer season but that doesn’t mean that there isn’t a host of topics and events that we can be talking about.

For example, did you know that the annual Downend Summer Lighting Tournament kicks off the first of four dates on the 27th June? You do now (sign up here). Make sure you head down there otherwise Downend will only end up winning yet another trophy (yawn).

There is one topic that has been close to my heart recently that I thought I would start with today…chess club websites.  I recently wrote an article on The ChessJournal Blog about the state of British chess club websites and emphasised that in 2017 there really isn’t any excuse for a poor website given the wealth of brilliant tools available to everyone (many for free).  A decent website is the cornerstone of club recruitment.

Anyone who has played in the Bristol & District League for any length of time will know how hard it can be to attract new members and indeed in the past decade the overall numbers playing league chess has diminished. Jerry Humphreys (of Downend CC) recently sent me some data that he has collated over the years showing the peak membership of the league at 600+ with 7 divisions in the mid-1990’s (you know when everyone with a website was called a webmaster and some British chap called Nigel Short was playing Gary Kasparov).  This season it is estimated to be around 330 league players. a drop of almost 50% over 25 years (Sadly 8 clubs don’t exist anymore). 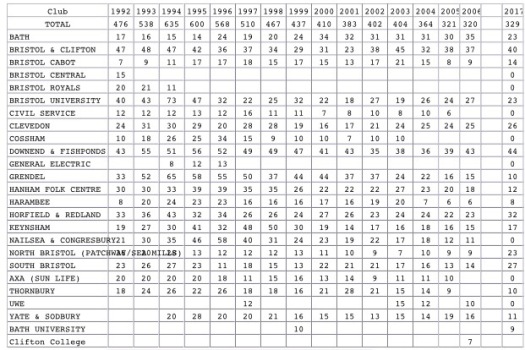 However, in that time interest in chess has not diminished.  In fact you could almost go so far as to say its booming! Online chess giants such as chess.com boast 17 million members through the delivery of an excellent service online. Admittedly at a much smaller scale but why can’t our local chess clubs provide an exceptional website?

Imagine if every chess club website was professionally presented, constantly updated (between 10-20% of chess club links on the main ECF website are broken) and optimised to work on mobile phones? Over 50% of web traffic is now on mobile phones only. How many people are googling “Bristol Chess Club” on their iPhones or Samsung’s and not going any further? How many new member leads could each club generate with minimal effort?

Just thinking about the economies of scale involved in Bristol chess we are not looking for hundreds of new recruits.  A 20% increase in membership for each club in the league would average only 4-5 new members over the three months of the summer. Indeed 20% of 330 would take the league membership up to the 400 mark. Since I updated the Horfield CC website three weeks a go we have averaged 40 visitors a week. By the start of the new league season in September thats almost 500 visitors to the Horfield CC website.  We are only looking for five new players, 1% of visitors.

There are currently 16 clubs in the league:

In a shameful abuse of statistics, I propose that only 25% of the league clubs have good visibility online. If Horfield CC has average traffic levels (40 a week) then league clubs are losing approximately 500 visits a week (12 x 40), any of which could be potential new members in the league.  500 a week!

“But Jon, its easy for you, you work with websites”.

Thats true.  But thats why I want to pass the knowledge on.  I honestly believe that a professional, mobile optimised and easy to maintain website is in reach of every chess club in the Bristol & District Chess League.

I’ve written this blog post to ask the players, club secretaries and webmasters of the respective Bristol clubs to get in touch if you want me to help with your clubs digital presence.  I want to show you how a professional, mobile optimised website that is easy to update can be created in a matter of hours for under £20.  How setting up a Twitter and Facebook presence can take minutes and drive even more potential members to your club.

If you want to talk to me then leave a message in the comments or contact me through the main Horfield CC website and we can figure out next steps.

To be clear, I don’t want to run 16 websites! Im just one man! But I do want to help digitise the Bristol & District League. We were established in the 20th century but lets start marketing and communicating like its the 21st century. At the very least, lets start a conversation!

3 Replies to “Bristol Chess: A call to arms…”